This article was published in the October 30, 2008 issue of the San Diego Daily Transcript

Tracing the roots of annuities, a popular modern investment vehicle, shows it has staying power. Two thousand years ago, Roman citizens made a one-time payment to the annuity — known then as annua, or “annual stipends” — in exchange for once-a-year lifetime payments.

From those early days, annuities have evolved and are more popular and attractive to investors today, primarily because of their tax-deferred status and income and death benefit guarantees. And while millions of retirement-minded investors are benefiting from annuities, millions of high net worth investors are not in the position to take full advantage of the benefits. The primary reason is they do not fall into the category of individuals with the most to gain from an annuity.

Before delving into the details, it will help to define the modern idea of an annuity and some of items to be aware of if you are a high net worth investor considering an annuity.

An annuity is a contract between an investor and an insurance company and a primary retirement tool. Unlike a 401(k) or IRA, annuity funds are invested after tax. The funds grow tax deferred and when gains are pulled from the contract, they are taxed as ordinary income.

There are two main forms of an annuity, and the primary difference is how value is calculated. A fixed annuity grows at a rate guaranteed by the insurance company, and is protected from market movements. A more common variable annuity offers a range of investment options such as mutual funds, and the account value can go up or down based on market fluctuations.

The tax implications of an annuity are the first point of scrutiny for potential investors because if a person pulls funds out of an annuity before the age of 59 1/2, they are subject to a 10 percent penalty. That is in addition to the income taxes owed on the gains.

There are two ways to pull funds from an annuity; the first, more rarely used, is to “annuitize” the contract. In this distribution, the insurance company keeps the value of the annuity in exchange for a guaranteed income stream that can last a lifetime or certain period such as 20 years. Taxation is based on the ratio between the growth of the contract and the cost basis. If you invest $500,000 that grows to $1 million, the taxable income from the annuitized stream is 50 percent income and 50 percent return on principal. Imbedded returns are typically poor and the funds are typically lost when the annuitant passes away.

The second option takes an outright distribution from the contract. If you invested $500,000 that grows to $1 million, the first half-million pulled from the contract is considered income, while the rest is considered return on principal. This bears substantial tax implications for high net worth investors that pay 15 percent on long-term gains and income tax of roughly 35 percent. From a different angle, an investor who wants $50,000 in after-tax income will need to withdraw roughly $77,000 from an annuity. That same investor will only need to withdraw $59,000 from a portfolio composed of long-term capital gains. Annuities do have the benefit of tax deferred growth; however, with higher taxes on distributions it is difficult to find a scenario that results in less overall taxation.

Now, consider the commissions. Plain and simple, annuities have some of the highest embedded commissions in the investment sector. With an average between 3 percent and 5 percent upfront, you always need to make sure your best interests are aligned.

The fees should not be overlooked, either. A standard variable annuity has an embedded cost, in addition to the underlying mutual funds, called the “mortality and expense.” It ranges from 1.25 percent to 2 percent. “Surrender charges” are also typical. Essentially, if you take funds from the annuity during a time period — usually six to eight years — you pay a steep penalty of 1 percent to 7 percent. And finally, most annuities come with riders or guarantees that add additional fees and benefits to the contract. It is not uncommon to see an annuity with total annual embedded costs between 2.5 percent to 3 percent per year. As a result of the high fees, a high net worth investor can expect to underperform the same portfolio of mutual funds invested outside of a variable annuity.

However, many investors choose an annuity for the “riders” — a provision in the policy that allows for amendments to its terms and/or coverage — without close examination of the cost/benefit of this guarantee.

One of the most common guarantees on a variable annuity is the enhanced death benefit. With a basic death benefit, if an investor buys an annuity for $1 million but passes away one year later when the annuity is worth $800,000, the insurance company will add the additional $200,000 to the contract for the heirs. For an extra approximate 30 basis points in expenses, the insurance company will add an annual step-up to the death benefit. For example, if an investor invests $1 million and the contract grows to $1.5 million before the annuitant dies at a value of $1.3 million, the annuity company will add an additional $200,000 to the contract to match the highest annual value. The annual step-up feature usually expires after the age of 80 when a person is more likely to pass away.

The death benefit and the enhanced death benefit are forms of life insurance. For most investors without serious health issues, a much less expensive term policy covering a certain percentage of the portfolio can achieve the same desired outcome.

An income guarantee is another popular rider on a variable annuity. In its most common form, the annuity company will guarantee an investor can pull a certain percentage from the portfolio and not run out of money. For example, a 0.5 percent expense will allow the investor to pull $50,000 ($37,500 after tax) per year for 20 years out of a $1 million annuity. The guarantee comes into play if the portfolio runs out of money in, say, the 16th year. The annuity company will continue to pay the investor for the remaining four years.

This rider is attractive to investors worried about a shortfall of income if there is a major market downturn in their retirement savings. Over the last 80 years there have been several downturns, with the three largest being: the Great Depression from 1929-1932; the ’70s oil crisis from 1973-1974; and the dot-com bust from 2000-2002.

If an investor retired and began supplementing his retirement income in the year one of these major market corrections began, it is interesting to note how many times he would’ve run out of money drawing a 5 percent income stream on $1 million over 20 years. Investing outside an annuity is never free, either, so to be fair, we’ll assume an investor pays 1 percent annual fee and develops an allocation that is a 50/50 split between stocks and bonds.* Using these common assumptions, the short answer is: never.

In other words, if a retiree invested $1 million in a 50/50 split between stocks and bonds with a 1 percent expense drag in January of 1929 and withdrew $50,000 every year, it would have taken 25 years to run out of money. So, if you were a 65-year-old retiree, your money would have lasted until the age of 90 during the biggest economic downturn in modern history. It’s important to note that in nearly every other time in the last century, your money would have lasted indefinitely.

This begs the question: What does this rider insure against?

The final point worth mentioning about annuities is the impact on estate planning.

Going back to the $1 million contract with a very low original investment as an example, if the investor dies and her estate is subject to estate taxes, roughly 50 percent of the contract value goes to the IRS. That leaves a $500,000 annuity for the heirs. And when the heirs pull from the annuity, the income stream is subject to income taxes that bring the value down another $200,000. That $1 million annuity dwindles down to $300,000 for the heirs after the IRS takes a 70 percent split.

This review of pitfalls presented to the high net worth investor does not discount annuities from being a preferred investment vehicle for others. Specifically, the skeptical investor that fears losing income during retirement finds peace of mind with an annuity and will therefore pay the extra taxes and fees. Annuities are also attractive to investors that do not qualify for regular life insurance due to health concerns, yet would like to protect the value of an investment for the benefit of their heirs.

And lastly, it may be a good vehicle for an investor who is at or near retirement age and faces a significant shortfall in retirement funds. This investor may need to invest in the markets very aggressively to increase the chances of achieving a desired retirement goal. By heavily weighting investments in high-risk assets that are typically unsuitable for a retiree (such as emerging markets, small cap stocks and commodities), this investor has a chance of hitting higher returns. He will also increase the chance of running out of money. Variable annuities will guarantee a minimum income level (typically 5 percent) and allow this investor to more responsibly aim for 10+ percent returns.

No doubt this investment vehicle will have continued popularity with investors, but a typical high net worth investor is faced with financial issues and goals that typically do not warrant the additional taxes and expenses of an annuity.

If you are considering an annuity, and want to know if it is right for you, consider these questions and discuss the answers with your financial planner before acting:

1. Can I achieve my retirement goal conservatively with an assumed return of 5 percent to 7 percent or less? (If yes, an annuity is not a good vehicle.)

2. Do I need to invest aggressively in hopes of achieving above market returns of 10 percent or more to achieve my retirement goals? (If yes, a variable annuity is a good vehicle.)

3. If I pass away, is my estate subject to taxes? (If yes, an annuity is not a good vehicle.)

4. Am I in a high margin tax bracket? (If yes, an annuity is not a good vehicle.)

5. Am I uncomfortable investing any portion of my portfolio in stocks unless I have income guarantees? (If yes, an annuity is a good vehicle.)

6. Would I like to protect the pre-tax value of my investments for my heirs and do not qualify for term insurance? (If yes, an annuity is a good vehicle.)

7. Am I willing to pay higher taxes and fees for peace of mind? (If yes, an annuity is a good vehicle.)

8. Am I willing to underperform the same portfolio of mutual funds invested outside a variable annuity in exchange for guarantees? (If yes, an annuity is a good vehicle.) 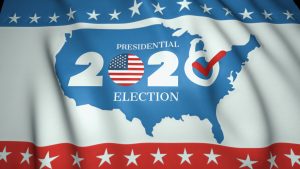 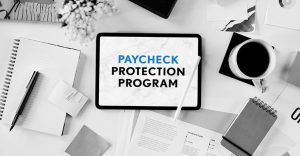 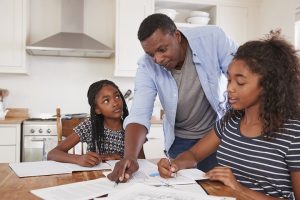