This article was published in the San Diego Business Journal on June 13th, 2011 – Link

Whether it?s in the form of new hires, expanded offices or increases in assets managed, large and small companies on the San Diego Business Journal?s Wealth Management Firms list are thriving.

Topping the list is Merrill Lynch Wealth Management, which increased its total assets managed from $1.4 trillion in 2009 to $1.5 trillion last year.

Regional Managing Director Joseph Holsinger said the staggering $100 billion increase is partly attributed to the recovery of the markets and the expansion of its service offerings in the form of loans or other access to capital made possible by its affiliation with Bank of America.

Another area of growth focus is expanding the number of financial advisers, with a particular emphasis on recruiting women seeking a second career and those candidates with military backgrounds, Holsinger said.

Tying in with Merrill Lynch?s expansion is innovation in the areas of training staff, developing teams to work with clients, fostering one-on-one relationships and investing in technology.

?We like to think we?re always innovative,? said Holsinger.

Former Merrill Lynch employees who took the leap to start their own boutique firm in January 2007 make up Callan Capital, the No. 18 ranked firm on the Wealth Management Firms list. The six-employee, La Jolla-based firm is run by three brothers, Trevor, Tim and Ryan Callan. The bulk of client relations are handled by Trevor and Tim, with Trevor involved in asset management and Tim specializing in financial planning. Combined they work with 78 households and delve into a variety of estate planning analysis, tax minimization, life insurance and risk management services.

?It?s a very comprehensive, holistic service we provide,? said President Tim Callan, who has a decade of experience in the industry. Trevor has been in the field since 1994 and Ryan since 2002.

Accustomed to working with affluent clientele at Merrill?s Private Banking and Investment Group, the brothers carry over their expertise working with entrepreneurs exiting businesses and executives of publicly-traded companies. They set the minimum investment account at $2 million, and they charge a flat advisory fee for their services rather than commissions.

Their strategies seem to suit them, with steady growth in assets managed from $100 million at startup to $205.8 million in 2009, increasing to $323.9 million last year to roughly $350 million in assets under management currently, Tim Callan says. Last year Callan Capital raised close to $65 million in new client assets, according to Tim Callan, and the additional growth is attributed to market appreciation.

Tim Callan says that the firm has had a positive reaction from the negative publicity surrounding the credit crisis that hurt its largest competitors.

?We were able to compete very well and continue to do so because of that,? he said, adding that small, intimate firms have been gaining favor.

?It?s a trend that?s been happening for quite some time. It started after the dot-com bubble. Independent firms started to gain market share. That?s why we started the company after Merrill ? to get ahead of that trend.?

Callan Capital?s growth streak continues with the recent hiring of a business development director and the expansion of its offices from 1,500 square feet to about 3,000 square feet using available space next door on Prospect Street.

Pacific Wealth Management, with six employees, follows a similar pattern to Callan Capital in that it provides fee-based asset management services to mostly high-net-worth families, primarily in the Southern California region. Offerings range from financial planning services to life insurance risk analysis. The minimum investment account ranges from $500,000 for an individual to $1 million for institutions.

?We measure and quantify risk in the market at any one time,? Kuntz said. ?In 2008, we had already significantly reduced our stock market holdings because wealth preservation is our goal.?

Kuntz and Managing Director Mark Hill say they?re dedicated to client relationships and meet with them on a quarterly basis or as needed.

?Our clients appreciate that we put a lot of energy into high-touch service,? Kuntz said. ?We communicate exceptionally well with clients and people appreciate that, especially when the market is going through the level of volatility it has in the last few years.?

Kuntz says the firm benefited from the financial crisis in some respects because they were effective at managing risks leading up to it; he also believes the appeal of the financial strength of big banks has faded. Kuntz says his firm provides a viable alternative to the big brokerage firms and is purposely keeping a stable group of four advisers.

?We probably will grow our firm over the next five years but not dramatically,? said Kuntz, whose business was relocated to its larger High Bluff Drive site from a nearby location about a year ago. ?We?re just growing our client advisory base.? 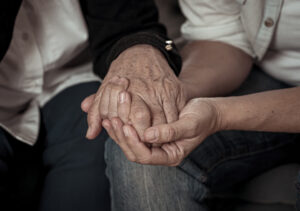 Caring for Aging Loved Ones 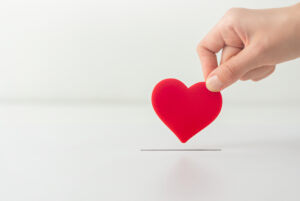