The Implications of Brexit 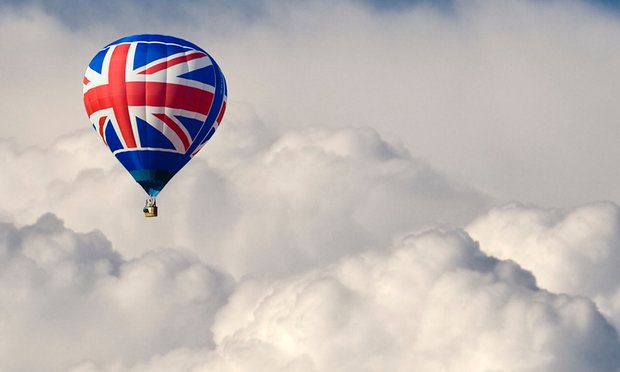 The citizens of the U.K. voted to leave the European Union (EU) overnight and Prime Minister David Cameron, who led the “remain” effort, announced his resignation, startling the financial markets. This was a surprise to the pollsters and the financial markets which have been pricing in a “remain” vote over the last week.

The pound fell more than 10% to its lowest point since 1985. The S&P500 was off around 2.8% at the announcement and has firmed slightly, opening down 500 points. The FTSE All World Ex-US Index (international equity index) is trading down 7% while safety assets such as gold and U.S. Treasuries are up significantly.

While we think this will prove very problematic for the U.K. economy and create headwinds for the EU, we do not believe this will result in a catastrophic situation. The ramifications for the U.K. are significant and the economic impact will play out over many years. The Brexiters contend that this referendum will set them free to reclaim their destiny and provide them with more economic prosperity in the future. The timing of this is particularly interesting because the U.K.’s economy was strengthening and they had been the strongest member of the EU.

We question the logic in leaving the EU from an economic perspective and feel that the U.K. will end up in a difficult financial situation over the next several years. Almost half of their exports go to the EU and access to this trading block is critical, so Britain will need to concede to many of the EU regulations that led to the Brexit vote. This might include the free movement of people which is at the cornerstone of their decision to leave. The EU will most likely impose tariffs as they do with other non-EU members. EU leaders, fearing a string of copycat polls from France, the Netherlands and Italy could force them to negotiate tougher economic policies with the U.K. in the future.

The U.K. banking system will have significant challenges dealing with clearing the Euro. Morgan Stanley’s recent announcement that they are potentially moving European operations to Dublin is evidence of this point. When large corporations make these types of moves, they come with a considerable amount of jobs and demand for assets such as housing and consumer goods. Additionally, the immigration issue will be a challenge as the U.K. will also need to deal with all of the non-U.K. citizens working in their country as well as over 1 million U.K. citizens living in other member countries.

Trading with the rest of the world will also be a challenge. All of the trading pacts that Britain has in place as a member of the EU will need to be renegotiated. Now that Britain is in a weaker position as a trading partner, it will be more difficult as they have less leverage.

While this creates a headwind for European assets such as stocks, we believe the ECB will step in with force and contain the problem. The impact of this decision has not yet settled and will not settle today, nor next week – it will take time for markets and policymakers to make sense of Brexit. It is important to note that the U.K. accounts for only 4% of U.S. exports, equivalent to 0.5% of U.S. GDP, so the direct trade links are modest. Even a 5% hit to the U.K. economy would reduce U.S. GDP by only 0.03%[fusion_builder_container hundred_percent=”yes” overflow=”visible”][fusion_builder_row][fusion_builder_column type=”1_1″ background_position=”left top” background_color=”” border_size=”” border_color=”” border_style=”solid” spacing=”yes” background_image=”” background_repeat=”no-repeat” padding=”” margin_top=”0px” margin_bottom=”0px” class=”” id=”” animation_type=”” animation_speed=”0.3″ animation_direction=”left” hide_on_mobile=”no” center_content=”no” min_height=”none”][1]. There are other indirect links such as dollar appreciation and equity declines that could slow economic growth further but still not likely enough to push the U.S. into recession. Importantly however, the Eurozone will also face some headwinds though markets are efficient and news is being priced into valuations.

We are closely monitoring markets and policy response to gauge the extent of contagion. In the meantime, we will continue to invest as long-term value investors, focusing on those instruments that offer the best possible opportunities for our clients over their investment horizons. As frustrating as these times are for investors, it is disruptions like these that often create key long-term opportunities. If you have any questions of comments on this issue, please do not hesitate to contact us by email or phone at (858) 551-3800.

[1] Capital Economics Update, June 24, 2016Disclaimer: Past performance does not guarantee future results, which may vary. This material is provided for informational purposes only and should not be construed as investment advice or an offer or solicitation to buy or sell securities. For more information regarding Callan Capital, please refer to our most recent Form ADV Part 2A which may be found at adviserinfo.sec.gov.S&P 500®: Standard & Poor’s (S&P) 500® Index. The S&P 500® Index is an unmanaged, capitalization – weighted index designed to measure the performance of the broad US economy through changes in the aggregate market value of 500 stocks representing all major industries.The FTSE All-World ex US Index comprises Large and Mid cap stocks providing coverage of Developed and Emerging Markets excluding the US. The index is derived from the FTSE Global Equity Index Series (GEIS), which covers 98% of the world’s investable market capitalization.