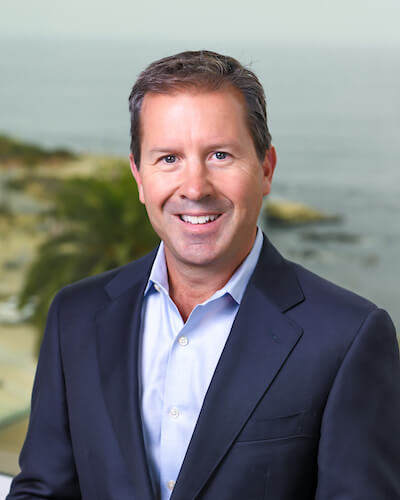 "We coordinate practically all aspects of our clients financial continuum so that they can focus their time on their passions."

Trevor co-founded Callan Capital with his brothers, Tim and Ryan, in January 2007. He is the Chief Investment Officer of the Callan Capital Investment Committee, responsible for portfolio management and corporate executive services.

Trevor began his career in financial advisory and wealth management in 1992 with Shearson Lehman Brothers. In 1994, he transferred to Merrill Lynch, where he spent the next 13 years. During his tenure, he was selected through a rigorous testing process to become the first advisor in San Diego to represent the Merrill Lynch Private Banking and Investment Group (PBIG), an operation dedicated to serving clients with liquid assets in excess of $10 million.

Trevor balances his career with philanthropy and family. He is a co-founder and former board member of the Equinox Center, a nonprofit research center focused on economically sound environmental sustainability for the San Diego region. Trevor also co-founded the PEERS Network, a philanthropic organization comprised of young San Diego entrepreneurs that has raised more than $1 million for charitable organizations since 2009. He is a former board member of San Diego Social Venture Partners and the La Jolla Music Society. Trevor resides in La Jolla with his family, Tanica and children Jade and Smith.